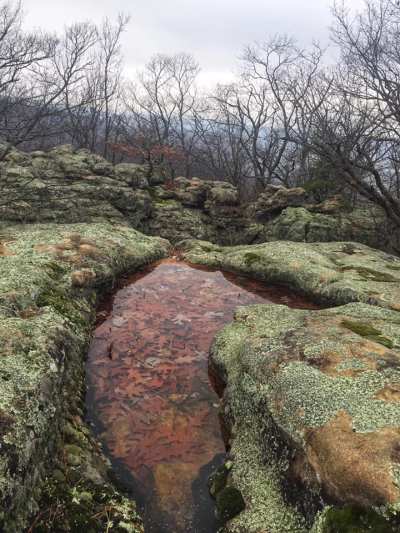 Arkansas has some of the oldest mountains in the United States. They’ve been worn down by time, wind, and water. This beautiful image was taken by my friend Kristin Jones. She is a true nature lover who often manages to capture the beauty that others miss. We share a fascination with the beauty in geology and the macro details of flowers, rocks, moss, and more. The Ozark Mountains formed about 500 million years ago during the Paleozoic era when NW Arkansas was submerged under a shallow sea. Marine life and animals left vast calcium deposits which over time were turned into limestone, sand, silt, and clay. This region is filled with interesting, craggy limestone formations to which I’ve grown fond.

May your week be filled with beauty.