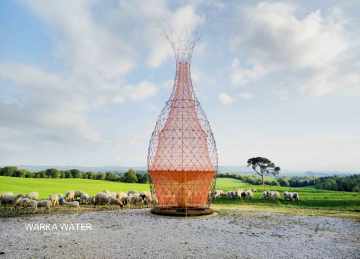 I found two interesting water solutions this week. One is called WaterSeer which is a simple, low-cost way to create drinking water sustainably using wind and condensation. Their goal is to address the nearly 1.2 billion people who don’t have easy access to clean drinking water. Currently, WaterSeer only has prototypes, but is raising funds via IndieGoGo to scale up and build more units. The second version is by Warka Water, who uses nature as a model to create a tree-like structure that pulls water from the air. Their version has more units being tested and produces more water per day, but costs more to build. Natural materials are used to build them. Which one do you like and why?

If I can prove that this is a mistaken belief about women, it’s going to open up the whole question of what else we think women can’t do. What other false beliefs are keeping us imprisoned? – Bobbi Gibb

Bobbi Gibb’s story is fascinating. In 1964, she decided to do what no woman had ever done; run the Boston Marathon. Conventional wisdom suggested she wouldn’t finish and might even die. Instead, Bobbi persevered in her vision to become a marathon runner and changed the world of running. More importantly, she gave women a role model for pursuing their dreams beyond the gender stereotypes. She made a very conscious choice to question the prevailing beliefs. Bobbi ran the Marathon even though she was not officially accepted to the race. Ultimately, the crowds cheered and supported her in the epic run which changed the world of running and gender roles. Bobbi went on to excel in law, medicine and art. Thanks to Bobbi and all the people who show us the courage to pursue our dreams and expand what is considered possible. 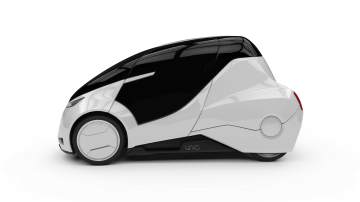 Uniti has a very interesting and futuristic vision for its EV (Electric Vehicle). They started as a research project at a Swedish University. The goal was to totally rethink transportation based on being sustainable and electric. Most EVs use the standard combustion engine auto design and simply substitute an electric drive & battery in place of the combustion engine. Uniti started fresh with the idea to build what is needed and wanted by people today. Uniti is designed for the daily commutes of young professionals or families wanting a car with low cost, low environmental impact, and no compromise on the driving experience. They plan to have the first working prototypes ready in 2017, start taking orders for western Europe and go into production in 2018. I love their futuristic design and hope they succeed and come to the US!

Have you practiced forgiveness lately? I encourage you to let go of the hurts and allow room for more good in your life.